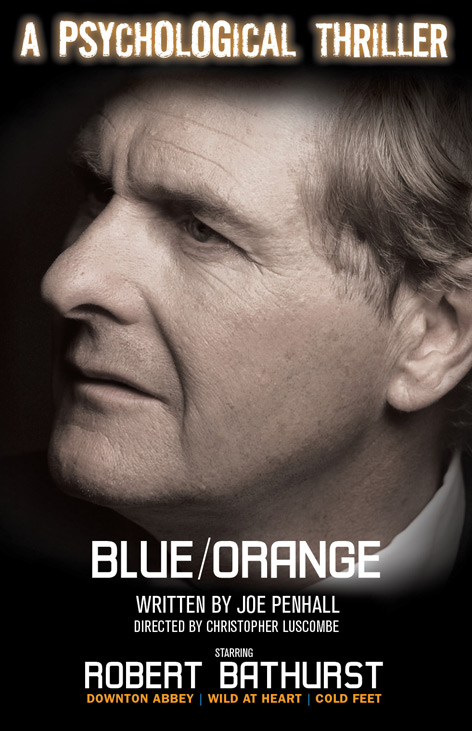 Blue/Orange is the electrifying story of Christopher (Oliver Wilson), who believes that a notorious military dictator is his father. In the battle of wills his psychiatrist Robert (Robert Bathurst) plans to thrust him back into the community, but a young doctor (Gerard McCarthy) thinks this is too soon.

A compelling and witty battle of freedom and ambition unfolds.

For full production details, and to buy tickets, follow the link:
http://blueorangetheplay.com/

The production is on a UK National Tour and will tour to the following places - Brighton, Bromley, Aylesbury, Glasgow, Torquay, Richmond, York, Manchester, Woking, Stoke on Trent and Birmingham.

I am HIGHLY HIGHLY HIGHLY recommending this play. It is written by Joe Penhall who I believe to be a genius! I saw the original production at the National in 2000 a few times, I saw its West End transfer, and I have seen every single London revival of it that I have been aware of. The play is intelligent and thought-provoking drama. Highly recommended - go see! 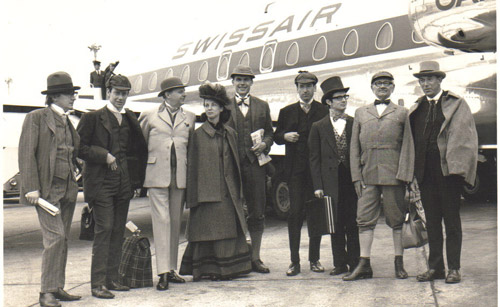 Wishing all The Sherlock Holmes Society of London Swiss Pilgrims a happy and successful trip to Switzerland. The pilgrims fly out on Sunday 9 September. I have my fingers crossed that they all return safely in one piece and that there are no "incidents"/murders at Reichenbach!

Cut and pasted from the Sherlock Holmes Society of London Website:

The Sherlock Holmes Society of London will make their 7th pilgrimage to Switzerland in September 2012. More than 60 members will journey through the Bernese Oberland towards the ominous Reichenbach Falls where Holmes confronted his nemesis, Professor Moriarty, with fatal consequences. In keeping with the custom established during the Society's first expedition in 1968, pilgrims will travel in full Victorian costume, dressed in the style of their chosen character from the Sherlock Holmes Canon.

Switzerland is special to those who love the Sherlock Holmes stories and their author, Sir Arthur Conan Doyle, for several reasons. During extended holidays in Davos - hoping to improve his first wife's health with fresh, alpine air - Doyle was inspired to use the country as the location of his famous detective's demise. In December 1893, when 'The Final Problem' was first published in The Strand Magazine, readers were sent into mourning by Dr Watson's story of how his friend - 'the best and wisest man whom I have ever known' - met his end in May 1891 during a fight to the death with Professor Moriarty. For years, it was believed that Holmes's remains lay at the bottom of the Reichenbach Falls near Meiringen. However, in 1903, the story of 'The Empty House' revealed that only Moriarty had perished and Holmes had survived.

Switzerland featured in other Sherlock Holmes stories - notably 'The Disappearance of Lady Frances Carfax' - and continued to be an important place for the Doyle family. The author is remembered by the Swiss as a pioneering skier and as someone who made a significant contribution to the popularity of tourism and winter sports in their country. Doyle's youngest son from his second marriage, Adrian, established an Arthur Conan Doyle Foundation in Switzerland during the 1960s and resided for a time at a castle in Lucens where there is now a museum dedicated to Sherlock Holmes. A second museum opened in Meiringen in 1991, the centenary of Holmes's fatal encounter with Moriarty, under the patronage of the Sherlock Holmes Society of London and Doyle's daughter, Dame Jean Conan Doyle.

On Saturday 15th September, the final day of the pilgrimage, the fatal encounter between Holmes and Moriarty will be re-created on location at the Reichenbach Falls.

Follow the link for all the details:
http://www.sherlock-holmes.org.uk/press_cutting.php?id=283
Collapse