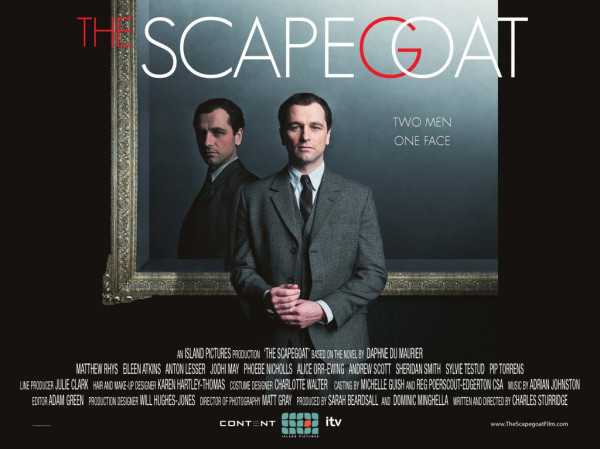 There is a preview screening of the new Andrew Scott drama, The Scapegoat, at the BFI Southbank today (5 September 2012, 6:10pm) followed by a Q&A. Unfortunately, I have a personal engagement so I won't be able to go, but for those who are going - enjoy!

Cast members Alice Orr-Ewing and Andrew Scott and producer Sarah Beardsall will be joining director Charles Sturridge on the panel for the Q&A.

Set in 1952, this brand-new Daphne Du Maurier adaptation tells of two very different men, John Standing and Johnny Spence, who have one thing in common – a face. Almost exact replicas of each other, they meet by chance, each at a crossroads in their life. Stepping literally into his double’s shoes, John is suddenly responsible for a crumbling stately home and has to deal with a distraught wife, an eccentric daughter and two mistresses. Increasingly attracted to this dysfunctional group of women, his presence starts to alter the chemistry of the household. Then his nemesis Johnny returns in secret to the house, with evil intent. Filled with Du Maurier’s trademark elements of suspense and unexpected twists, The Scapegoat is a brilliant story in the tradition of the writer of Don’t Look Now, Jamaica Inn, Rebecca and The Birds.