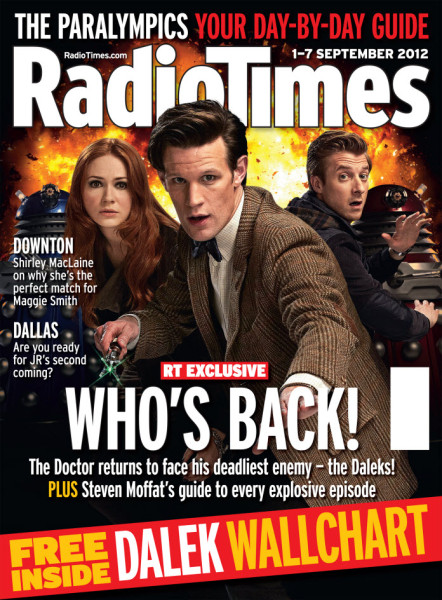 Dr Who returns to UK screens today - Saturday 1 September 2012 - at 7.20pm on BBC1. The first episode is entitled "The Asylum of the Daleks" and this is one of the promo images for it: 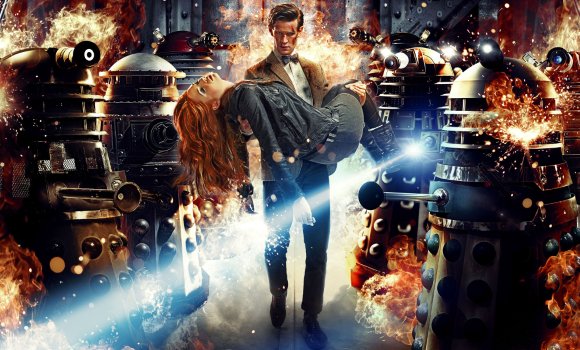 Matt Smith returns as the oldest time-traveller in the universe. The Doctor, Amy and Rory are kidnapped by their deadly foe the Daleks and forced to go on a seemingly impossible mission - to enter the Asylum, a planetary prison containing the most terrifying and insane of the aliens' kind. They need an escape route, and fast - but with a mad, mechanised army closing in, and the Ponds' relationship in meltdown, it is up to the Time Lord to save not only their lives but his friends' marriage.

Remember to be glued to your TV sets at 7.20pm today! 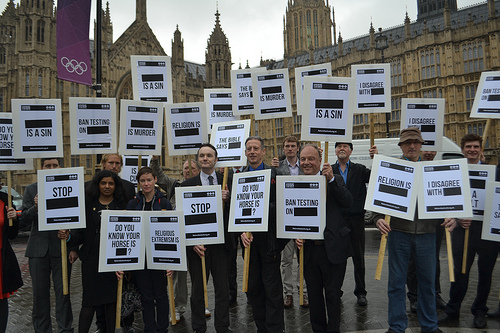 Spot me in the photo!
Photo credit: http://www.secularism.org.uk/news/2012/08/free-speech-protest-calls-on-cameron-to-reform-insults-law

I am now the Casework and Research Officer (a voluntary position) at the Peter Tatchell Foundation. On Thursday 30 August I joined Peter, the National Secular Society and the Christian Institute to protest outside Parliament to protect free speech. I joined the protest because freedom of speech is the cornerstone of a Western liberal democracy and one of the things I value above all else. We must safeguard and protect free speech at all costs. The protest was organised by the Reform Section 5 campaign.

“David Cameron should announce legislation to reform Section 5 of the Public Order Act. The public consultation closed in January and the government was due to announce its decision in April. We are still waiting. We believe that a majority of submissions to the consultation support a change in the law,” said Peter Tatchell, Director of the human rights advocacy organisation, the Peter Tatchell Foundation.

“Most MPs back reform, as does the former Director of Public Prosecutions, Lord Macdonald QC. The government’s delay and hesitation is unjustified. The criminalisation of mere insults under Section 5 is a threat to free speech. There are other laws to deal adequately with harassment, threats and serious abuse.”

“If the criminalisation of insults was abolished, the rest of Section 5, which outlaws abusive and threatening words or behaviour, would remain in force. This is quite sufficient to protect vulnerable people and communities,” added Mr Tatchell.

“The Home Office is still considering its response to the public consultation, which saw many people make the case for the removal from Section 5 of ‘insulting words or behaviour.’ Civil liberties campaigners, faith groups and secular organisations have joined forces to have the phrase removed on the grounds that it restricts free speech and unfairly penalises protesters and preachers".

The full story, with extra photos, is here:
http://www.petertatchellfoundation.org/free-speech/cameron-urged-repeal-insults-ban 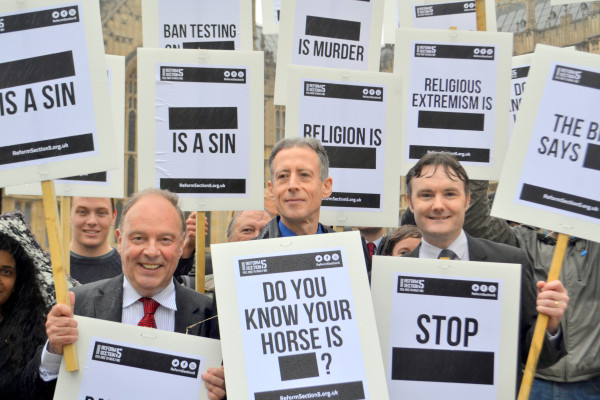 The story is also carried on the National Secular Society website:
http://www.secularism.org.uk/news/2012/08/free-speech-protest-calls-on-cameron-to-reform-insults-law

And finally, the website for the Reform Section 5 Campaign is here:
http://reformsection5.org.uk/