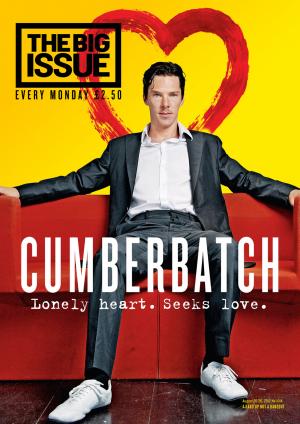 Get yours in now!

Lonely heart. Seeks love
Benedict Cumberbatch on the political status quo - and looking for a mate ... 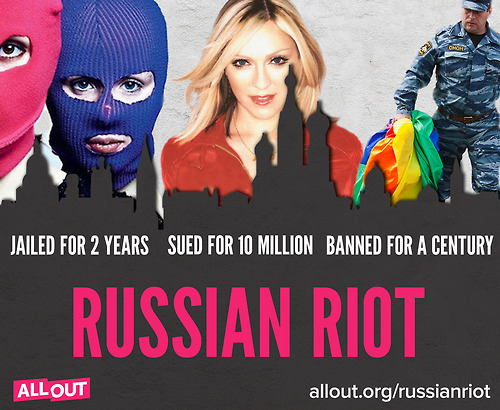 Cut and pasted from an email from All Out:

Russian leader Vladimir Putin is on a rampage against human rights

Then the news broke that anti-gay activists are using the government's gay gag laws to sue Madonna for $10,000,000 in "moral damages" because she spoke up for gay Russians in a concert.

If that wasn't enough, punk band Pussy Riot was sentenced to two years in prison for speaking out against the government. The judge cited "homosexual propaganda" as one reason to bring the hammer down on the three young women - two of them moms.

Enough is enough. In days Putin is going to be face to face with all the leaders of the world at a high profile, media packed United Nations Meeting in New York. If we move fast, we can ignite a global media firestorm that embarrasses Putin's government and gets his allies and corporate backers to push him to change course - freeing Pussy Riot and ending the crackdown against LGBT Russians.

Will you take just one minute to stand up with our friends in Russia? Every voice counts and it will take a tidal wave of support to force leaders around the world to act.

Sign this petition and add your voice to the international outcry against Putin before he attends the September United Nations Leaders meeting in New York:
http://www.allout.org/en/actions/russianriot

The petition says:
TO: PRESIDENT VLADIMIR PUTIN
The world is watching with horror as homophobia dominates Russia and dissenting voices are being silenced, sued, and imprisoned. We urge you to put an end to this persecution and respect the human rights of all Russians regardless of their sexual orientation or political beliefs.

Thank you for listening.
Collapse