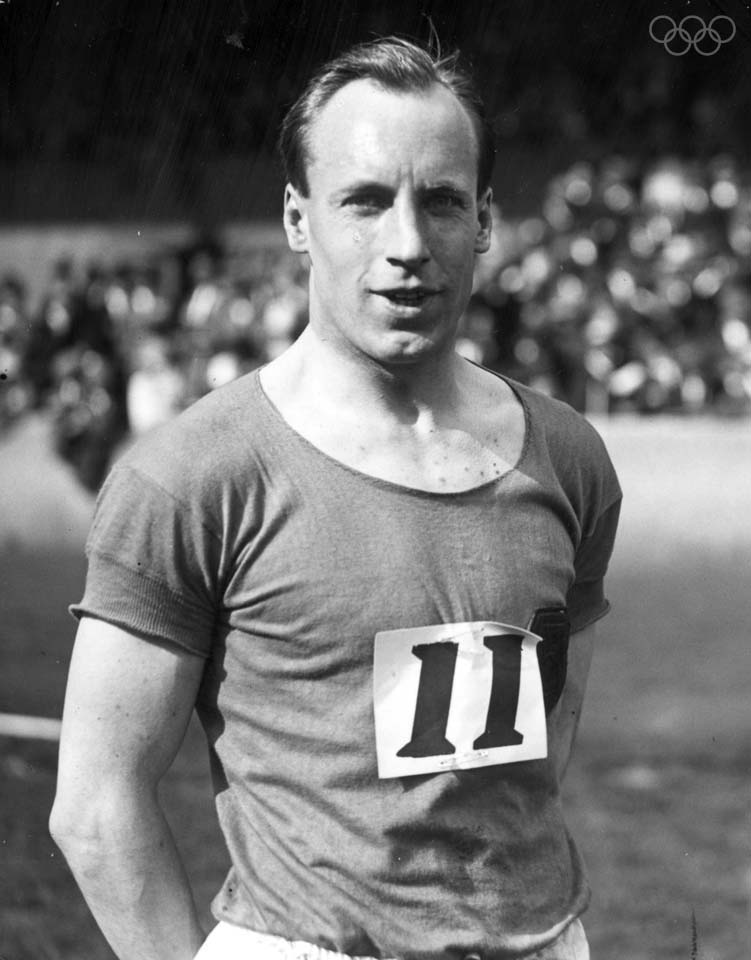 Yesterday (Saturday 11 August) was the first time I have given a religious talk. I gave the Thought for the Day at the Centre for the Homeless that I work at. I chose to speak about Eric Liddell, the Olympic athlete who inspires me the most and why.

I enjoyed giving the talk, and I think it has merit, so I am sharing it with all of my readers!

- London at the moment is in the grip of London2012 Olympics fever
- The focus of the talk about Team GB is how many Golds they are winning, and where they are in the medals table
- The most important thing appears to be winning a gold medal

- Today, I have chosen to speak about the Olympian who inspires me the most and why
- That Olympian was Team GB and his name was Eric Liddell
- Eric Liddell competed in the 1924 Olympics
- He was a Scotsman and his story is told in the film, Chariots of Fire. There is now a stage version of the film, playing in the West End
- 1924 is a long time ago - almost a century ago. Why is Eric the Olympian I say is the athlete who inspires me the most?

- A key theme of the film Chariots of Fire is Eric's refusal to run on the Sabbath
- Eric's event was the 100m
- He was known as the Flying Scotsman because he was so fast
- But the heats for the 100m were to be run on a Sunday
- Eric came under huge pressure from the King, his fellow atheletes, and his countrymen to overlook his religious beliefs and run for King and country on the Sabbath
- But Eric withstood that pressure, he stuck to his principles, and he chose not to run
- This showed he was a man of integrity who remained true to his beliefs, even when put under the most extreme pressure
- He put God before his King, his country, and everything else. He did not run
- That showed he had courage, integrity and was a man of principle

- But although Eric did not run on the Sabbath, and did not compete in the 100m, he won a gold medal at the 1924 Olympics
- How did he manage to do that?
- His running technique was rubbish. Everyone who saw him run, could not believe how fast he was, given his technique was so bad
- He switched right at the last minute from the 100m to the 400m, which was not his event
- Eric won the gold despite his bad running technique and running in a race which was not his event
- How?
- Because he was running not for himself, not even for Team GB, he was running to worship God and for the glory of God
- That gave him the edge because he was running from the heart with passion
- Eric got his reward for sticking to his religious beliefs and principles, and remaining true to himself and won gold at the 1924 Olympics in the 400m
- Standing up for his religious beliefs also won him a huge amount of respect

- After the 1924 Olympics, Eric gave up running, to follow what he felt in his heart was his true vocation, which was to serve God and to serve others and he became a missionary in China, following in his father's footsteps

- Eric gave up all the glory, all the fame, all the adoration that he was getting in Britain to serve God and to help others

- To stay on in China, to carry on in the midst of such danger and war, showed that Eric had immense courage and guts
- His motivation to stay was to help others and to bring the word of God out to China

- My Thought for the Day, in this time of the London2012 Olympics, when we are in the grip of Olympics fever, is that my true heroes are not those who win a gold medal for being the fastest etc, but those who live a courageous life, helping others and serving God

- It is not about winning Gold, it is about how you live your life