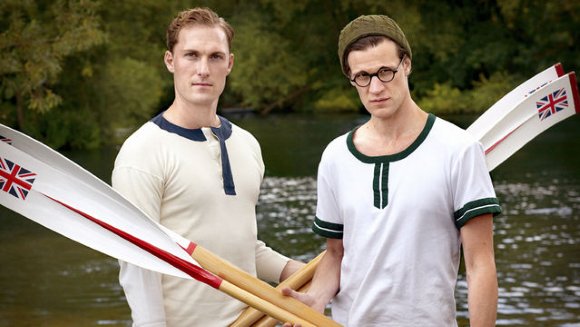 There is a great interview with Matt Smith in the Radio Times as he starred in Bert and Dickie this week.

Matt Smith - "Sport is like acting. You have to make sacrifices"
The Doctor Who star turns Olympic champion for BBC1's Bert and Dickie

Matt Smith is filming Bert & Dickie, one of the BBC’s main dramatic offerings in the run-up to this summer’s Olympics. Written by William Ivory, the drama tells of two of the unlikeliest heroes of London’s last Games in 1948 - Bert Bushnell, played by Smith, and Dickie Burnell, portrayed by Sam Hoare.

The odd-couple story has echoes of some of Ivory’s best class-conflicted dramas. Bushnell and Burnell lived within miles of each other but grew up on very different sides of the tracks, or should that be river. While Bushnell was the son of a boatyard worker from the town of Wargrave, in Berkshire, Burnell was, like his father before him, an Old Etonian, an Oxford Blue and a member of the exclusive Leander rowing club in Henley.

The pair epitomised the “make do and mend” nature of the Austerity Games, held amid the rubble and rationing in the wake of the Second World War. Bushnell was one of the leading single scullers of his day and dreamt of rowing alone in the Olympics. But the head of the British rowing team, Jack Beresford, had other ideas and, months before the Games, stuck him in a double scull with Burnell.

“They didn’t see eye to eye on a lot of things outside of training,” says Smith, easing into a foldup chair on the banks of the river as the film crew position the boats for another scene a few yards away. “Our story explores their relationship and the fact that they didn’t get on. But in rowing terms they formed quite a formidable partnership. That’s one of the interesting things about the film, with the context of the war and the aftermath. The fact that those Games went on at all was a bit of a miracle. There was this sort of camaraderie then - couldn’t we do with a bit of that now!”

The film climaxes with the pair’s race against the Danish favourites for the double sculls. Without giving the game away, you’d best be armed with a box of tissues as they row for Chariots of Fire style glory. “Even reading the script, I found myself cheering them on,” Smith smiles.

The experience of portraying an Olympian reinforced something he has felt ever since he broke into acting. “One of the things about playing a sportsman and learning about the psychology and mentality of sport is that there are so many parallels between that world and the world that I inhabit. You see how much you can borrow from a sporting way of thinking,” he says. “There’s practice, for one thing, and that sense of discipline and preparation. Having played a lot of sport, that is something I do instinctively in acting. I’m quite thorough, and I work hard. But it’s also about sacrifice. To be a top sportsman you have to really make a sacrifice about the way you lead your life. And that’s sort of true of acting as well. Discipline, practice, rhythm, balance, flair, courage - they are all totally in there,” he says, heading back to his boat in the hope that those qualities will help him stay dry for the rest of the day...

The full article can be found here:
http://www.radiotimes.com/news/2012-07-25/matt-smith---sport-is-like-acting-you-have-to-make-sacrifices

My previous feature on Bert and Dickie can be found here:
http://mycroft-brolly.livejournal.com/337095.html 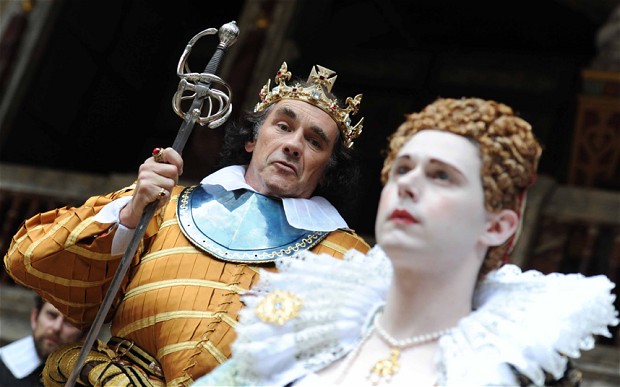 Richard, Duke of Gloucester, is determined that he should wear the crown of England. He has already despatched one king and that king’s son; now all that stand in his way are two credulous brothers and two helpless nephews – the Princes in the Tower. And woe betide those – the women he wrongs, the henchmen he betrays – who dare to raise a voice against him.

Monstrous, but theatrically electric, Richard is Shakespeare’s most charismatic, self-delighting villain, revelling at every moment in his homicidal, hypocritical journey to absolute power.

Mark Rylance returns to the Globe for the first time since his tenure as artistic director between 1995 and 2005 to play Richard.

For full production details and to book tickets, follow the link:
http://www.shakespearesglobe.com/theatre/on-stage/richard-iii-2012

This is going to be a very short and simple review. I was really excited about seeing this as it was Mark Rylance's return to the Globe stage. I adore Mark Rylance, especially when he is playing Shakespeare.

There were things about this production I really liked. I thought the men playing women (this is an all-male cast) were excellent - that aspect of the production really worked for me. The two child actors, playing the Princes in the Tower, were also fabulous, especially the youngest of the two.

But Richard, the key role, on which this play hinges/turns, did not work for me - it was a fail! For that reason, I would not recommend this production. And that is a real shame.

To be fair, the audience at the Globe tonight gave the production a very warm reception, so maybe if you have not seen other versions of Richard III, you would like this version. I didn't!

I think part of the problem for me was that I had seen Kevin Spacey's superlative Richard III at the Old Vic only last year (2011). Richard III should be an evil, two-faced, manipulative bastard and he should scare you. Kevin Spacey did all this and much more! Kevin played it straight, and his Richard III was the perfect embodiment of evil. It was excellent. So I was spoilt, having been lucky enough to see that production only last year (twice as it happens!). 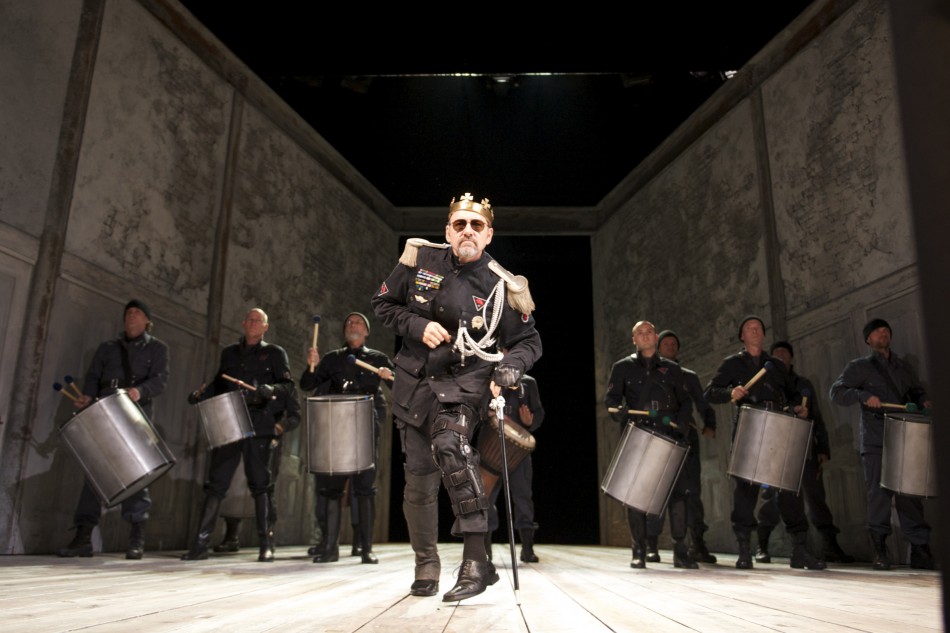