Subtitled: What Raks got up to on Sunday! 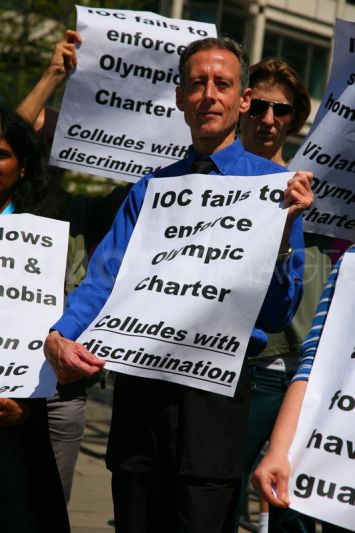 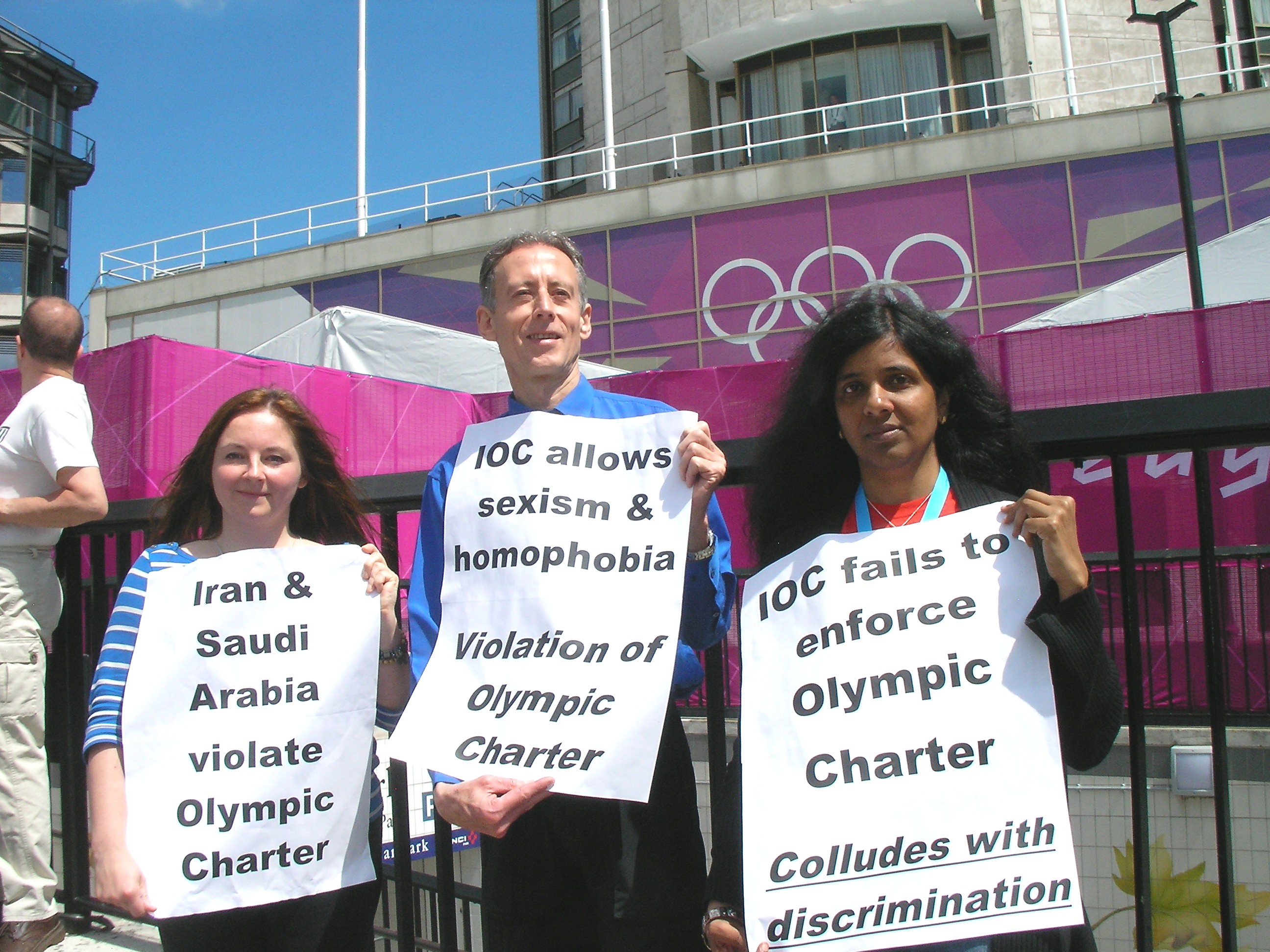 On Sunday 22 July I was out protesting with Peter Tatchell and the Peter Tatchell Foundation. I am glad I protested because I fully support the ending of ALL discrimination, whatever the grounds, in ALL areas of life. A real bonus was that all the other protesters were friendly AND fun!

“The IOC should disqualify from the Olympics countries that discriminate against athletes on the grounds of gender, ethnicity, religion/belief, sexual orientation or gender identity. The Olympic Charter prohibits discrimination in sport but it is not being enforced by the IOC,” said human rights campaigner Peter Tatchell, Director of the Peter Tatchell Foundation.

The IOC and LOCOG have a duty to uphold the Olympic Charter’s commitment to equality for all in sport. They are failing to do so.

Our protest called on the IOC to enforce the Olympic Charter:

1. Require all competing nations to sign a pledge that they do not discriminate in sport on the grounds of gender, ethnicity, religion/belief, sexual orientation or gender identity. If they refuse to sign, they should be denied participation in the games.

2. Make a public statement that LGBT athletes are welcome at London 2012 and that participating nations must not discriminate on the grounds of sexual orientation or gender identity.

You can read Peter Tatchell’s Open Letter to Lord Coe (Chair of LOCOG) and Jacques Rogge (President of the IOC) here:
http://www.petertatchellfoundation.org/sport/olympics-open-letter-lord-coe-ioc

The official write-up and story of the protest can be found here:
http://www.petertatchellfoundation.org/sport/london-olympic-protesters-urge-no-discrimination 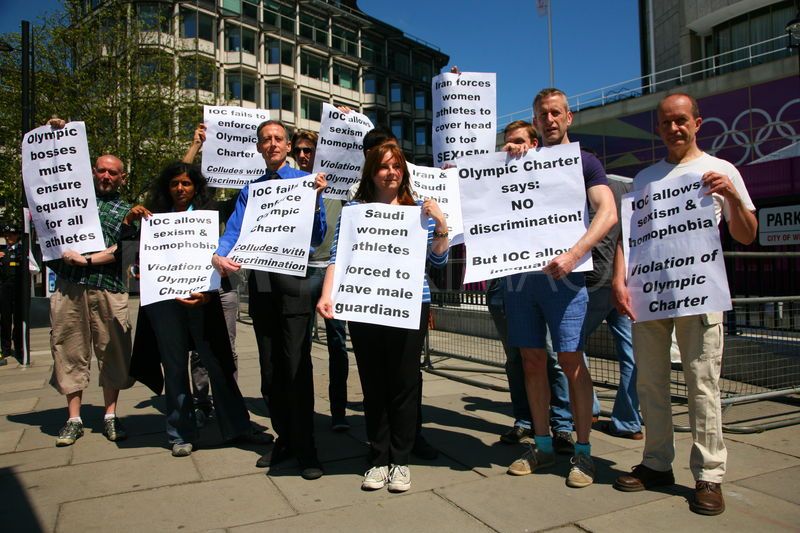 A group photo (I am actually in this one!)
Photo credit: http://www.demotix.com/news/1348782/demonstration-demanding-equality-sport-london#slide-3 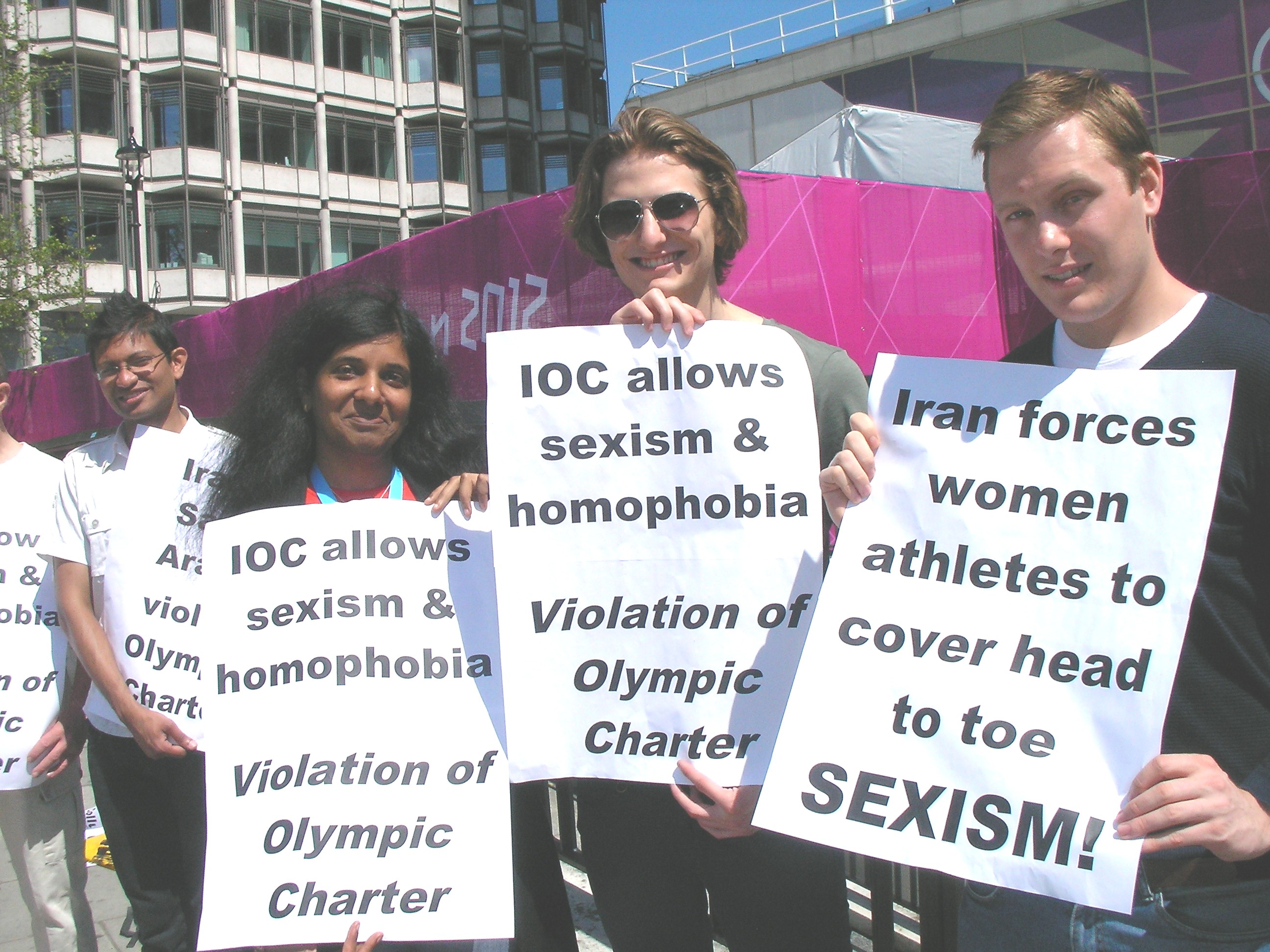